The much-delayed new season finally kicked off with a visit over to Merseyside to meet a Widnes team that finished comfortably mid-table when last season was unceremoniously ended.

The Rams, of course, were denied a realistic chance of promotion, so there was much anticipation ahead of this game to see just what the Rammy supporters had in store over the coming months.

On this showing, optimism and enjoyment would appear to be the order of the day.

The team returned home on the back of a comprehensive and well-deserved victory, but with a feeling of disappointment that the score-line failed to reflect their dominance.

Suffice to say, that with the home keeper deservedly being seen as the “Man of the match”, and with the ever-eager Rams forwards deciding to dance their way round the home penalty area instead of thumping the ball home, it is no exaggeration to say that the visitors could have notched up double figures.

By contrast, Olly Martin in the away goal had just two things to do all game. One was to pick the ball out of the net following the home side’s only real chance of the game, and the other was to make sure a goalmouth scramble prevented what would have been an undeserved second.

As for the Rams, they totally dominated the whole match, helped, no doubt by a bizarre few minutes approaching  the quarter hour mark.

Widnes looked to have a nailed-on penalty appeal waved away when Dharius Waldron’s raised arms deflected a Widnes cross for a corner. Despite the vociferous shouts from the home side, the referee waved away the requests.

Minutes later the feeling of injustice increased as the Rams took the lead.

Having already carved out a couple of chances, a left-wing cross from captain Tom Kennedy appeared to have missed everyone in the area, but Danny O’Brien scooped as the ball appeared to have gone over the by-line past the far post, and somehow managed to steer the ball home from an almost impossible angle, courtesy of a deflection off the home keeper.

Mass protests from the home side that the ball had already gone out of play made no impression on the assistant, and having discussed the matter, the referee pointed to the centre circle as the complaints continued. Home defender McQuade received a yellow card, and things went from bad to worse for the hosts moments later, with the feeling of injustice continuing, Ryan Jennings floored the Rams Dan O’Brien leaving the match official with little option other than to show the red card.

Mason Fawns  and Domain Rouse sent in further efforts as the visitors peppered the home gaol, and it was no surprise when the second goal came on 34 minutes, although there was another touch of fortune about this one.

O’Brien, having swapped wings with Jake Thompson, sent over a curling cross only for Sefton Gonzales close range effort to bounce back off the foot of the post. He reacted quickly however, and back-heeled to Fawns who hammered the ball home to double the lead.

As half-time approached. Gonzales and Rouse both went close to adding to the score, but the home side threatened to pull one back just before the break when Conlon raced through a flat-footed defence, but slammed a good chance wide with only Martin to beat.

However, the home side did manage to break down the Rams rear-guard within two minutes of the restart.

Widnes captain Roberts floated a ball over from the right, and a clever back-heel by Toweyset up James Steele, who skilfully guided the ball home to half the arrears.

Any thoughts of an unlikely comeback were soon put to bed though, as within three minutes the two goal cushion had been restored.

A perfect through ball from Ben Hampson fed Jake Thompson on the right, and as he raced into the area, he flashed over a low cross which Gonzales dutifully converted from two yards out.

With the exception of an odd foray forward, most of the play remained in the Widnes half as the Rams, at times, looked like they were on a training exercise.  Chances came and went with remarkable regularity, and with less show-boating, more goals should have followed.

The fourth finally arrived in time added on. Aaron Burns, having missed an easy chance just moments before, again broke into the penalty area, but was brought down by a frustrated Cameron Terry in the home goal.

Burns dusted himself down and confidently stroked home from the spot to complete a convincing victory, but one which ultimately should have been more comprehensive. 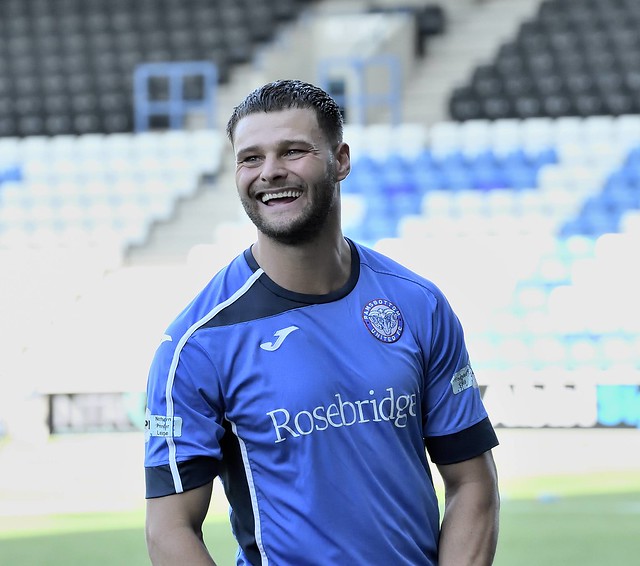 PRE-SEASON FIXTURES CONFIRMED AHEAD OF 2021/22 SEASON

RAMS PLACE CONFIRMED IN THE NPL FOR NEXT SEASON