Rams made it back-to-back 2-1 wins in a result which sees them go top of the league after getting the better of Prescot Cables in a hard fought encounter.

Both sides started brightly and it only took 12 minutes for the first goal thanks to a cross which found Mason Fawns who saw his shot blocked before Tony Donaldson was on hand to score which gave Rammy an early advantage.

The game then became very end-to-end as Fawns saw a header tipped over by Mitchell Allen and Prescot hit the side netting at the far post.

Just beyond the half hour mark, the visitors drew level and it was a former Rams man who came back to haunt them as Jamie Rainford finished off a good move slotting in at the far post to make it 1-1.

The chances dried up for the remainder of the first half with both teams struggling to break each other down and the two teams went in at the break level.

Prescot created the first big chance of the second half and it would have been that man Rainford again but he shot just over the bar from inside the area which was a big let off for Rammy.

Chris Willcock decided to change things up just after the hour mark bringing on both Jamie Rother and Richie Baker for their first game back following injuries and it seemed to give Rams a spark.

A big turning point came on 72 minutes as the visitors were reduced to ten men as the referee gave Rodrigo schmitdinger his marching orders following an altercation with Domaine Rouse.

Rams benefitted from the one man advantage and started to look for a winner as both Jamie Rother and Kyle Harrison tested their luck from distance and Sefton Gonzales saw an effort save by Mitchell Allen.

On 86 minutes, the pressure finally paid off for Rammy and it was the two fullbacks who combined with Tom Kennedy following his goal last week with an assist this week crossing brilliantly finding Kyle Harrison at the back post who slotted past the keeper to give the Rams a late lead.

Rammy saw the rest of the game out without any real threat and ran out 2-1 winners meaning after eight game the Rams find themselves at the league summit! 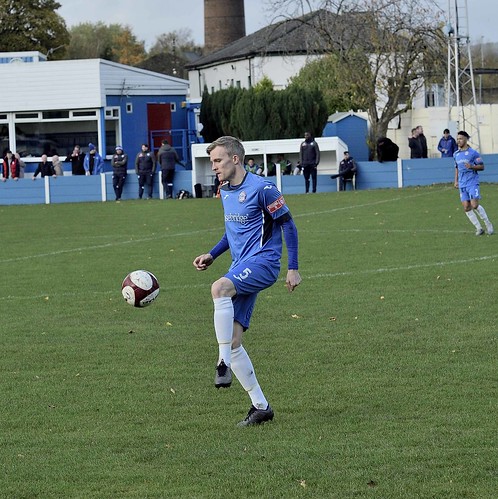 4-way tie for Player of Month

The monthly Player of the Month, as organised by the Ramsbottom United Supporters Club, has always had an outright…