Having exited the FA Cup earlier in the week, Ramsbottom United was determined not to suffer the same fate on their first venture into this season’s FA Trophy, and ultimately, a visit to West Yorkshire held no fear as they returned back over the Pennines on the back of a comfortable, if rather uninspiring victory.

The Rams introduced former Guiseley, Farsley and Hyde United defender Kyle Harrison for his debut at right-back in place of Ben Hampson.

Two goals early in the second half settled the tie, but at no point, once an early chance had been squandered by the hosts, did the visitors look like being anything other than victorious.

That early opportunity for Ossett came after just ten minutes when a tame back header from Dharius Waldron left Rams keeper Ollie Martin helpless, but Ossett’s Nick Guest made a total hash of the chance by firing high over the bar.

For the rest of the game, the home side failed to test the visiting keepers, with the Rams defence resolute to protect first Martin and then stand-in Waldron after the former had suffered a nasty ankle injury in a collision with a home forward.

Martin gamely attempted to stay on whilst hobbling badly, but a half-time treatment failed to ease the problem, and Waldron donned the gloves for the second half, but rarely saw any action.

Indeed the first half was more a case of half chances and injuries, as physios from both sides saw plenty of action, whilst in the game, most of the action occurred in the home penalty area.

Half chances fell to Sefton Gonzales, whose trickery in the area deserved more than a low diving save from Dearnley, and the home keeper was in the right place to smother a header from Domaine Rouse, although he watched on as Jamie Rother’s close range effort just cleared the bar.

So a game that was doing little to warm the spectators experiencing their first touch of winter weather, suddenly burst into life early in the second half as the Rams seized the control that they had been threatening before the break.

Just two minutes in and a delightful flick forward by Danny O’Brien found Sefton Gonzales with just the home keeper to beat and his delicate chip gave the visitors the lead they deserved.

O’Brien looked to have doubled it just ten minutes later, but Dearnley produced a fine save, tipping his fierce drive over the top. However, that merely delayed the second, as

from the resultant corner, Tom Kennedy floated the ball into the box for Luke Thompson to jump highest and nod home inside the near post.

Moments later a repeat almost came off, this time Gonzales inches away from another Kennedy corner.

Very little was being seen of the Ossett attack, with the Rams defence and midfield picking off everything that came their way.

O’Brien came close to a third with another drive, but the visitors, despite the injury to goalkeeper Martin, saw out the latter stages quite comfortably to move into the 2nd Qualifying round and an away trip to Worksop Town. 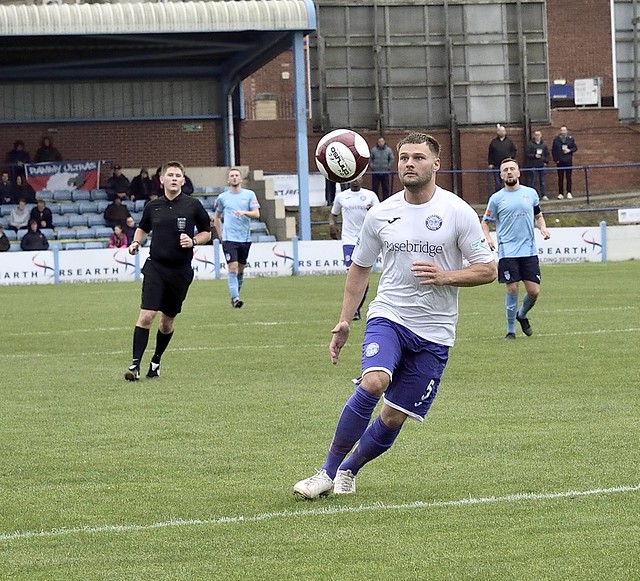 Rams slump to another home loss

Ashton United just about deserved all three points which should guarantee them a play-off place but should feel themselves…
Club News January 3, 2020

No need to turn up for this one….it’s a foregone conclusion! So may…