The Rams have been eliminated from the FA cup after losing 2-1 at Mossley in what was a tightly fought contest at Seel Park.

The home side started brightly winning a number of corners and were unfortunate not to take an early lead after a breakaway released Keaton Mulvey on the left who crossed to an unmarked Jes Uchegbulam who couldn’t keep his shot down.

Both sides got into good positions in the early part of the game with Uchegbulam again threatening racing through towards goal but Ollie Martin did well to race out and get to the ball first.

Rammy threatened at the other end as well with Daniel O’Brien playing a dangerous ball into the area which was well dealt with by Sam Kilner, this then led to a few corners for the Rams but sadly they came to nothing.

Just prior to the half hour mark, the Lilywhites took the lead through Ryan Shenton. Andy Keogh did well down the right hand side before putting a great ball into the box, the initial shot was blocked but Shenton managed to hammer home to make it 1-0.

Mossley very nearly doubled their lead straight away but somehow the Rammy defence stood firm and managed to keep the ball out of the net.

Rams responded reasonably well following that scare without being able to create any real opportunities, that was until the 44th minute when Jamie Rother took aim from the edge of the box and so his effort trickle just wide of the post meaning Rammy went in at half time 1-0 down.

Whatever Chris Willock said at the break clearly had an impact as his men looked a lot more threatening and Rammy were playing the ball on the floor a lot more and getting into some good positions.

Jake Thompson rifled wide of the post and Mason Fawns also fired wide as the Rams upped the pressure in search of an equaliser.

Just minutes later, Fawns got his goal with an excellent strike from the edge of the area which gave Liam Lovell no chance in the Mossley goal and brought the Rams level at 1-1.

Rammy continued their early second half dominance and were so unfortunate not to take the lead after great work from Sefton Gonzales who held the ball up well before cutting the ball back to Domaine Rouse who saw his strike smash of the cross bar.

It got even more cruel for the Rams as Mossley went straight down the other end and Uchegbulam’s cross eventually fell to Keaton Mulvey who smashed home to put the home side 2-1 in front.

The Rams continued to battle after this but never really fully recovered from going behind and failed to create any major opportunities to get back into the game.

Both teams had half chances as the game drew to a close with Fawns striking a freekick from range which flew wide and Martin got down well to save a strike from Matty Waller.

Despite a few late penalty claims, the Rams were unable to get back into the game and it spells an end to our FA cup for this year. 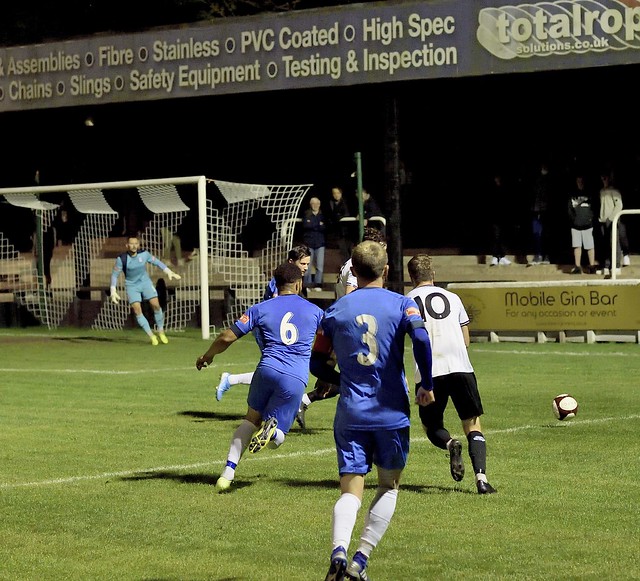 The pre-season has now ended, new players have been introduced to the squad, and fitness levels checked. It’s all…